John Ackroff has submitted the following:

On December 16, 1970, Fran Cardillo and I convened at some obscene hour in the morning to drive to Irwin Shainman’s house.  (Fran was staying in Brooks House — a different long story — so the rendezvous was not difficult.)  We were to drive Irwin and his family to New York for their sailing to Italy, where Irwin would spend his spring semester sabbatical leave visiting opera houses.  Fran and Irwin were close:  Fran had succeeded Irwin as Director of Bands, a post which Irwin gratefully relinquished.  The fact that Fran had a station wagon undoubtedly helped seal this deal.  I had taken Symphony in the semester that was ending, and I guess I got a good enough grade that Irwin and I were comfortable spending that much time together in close quarters.

We eventually arrived at the dock on the Hudson River from which Irwin’s ship was departing.  I don’t recall going on board to see them off, but I do remember the Italians who ran the dock operation tripping over themselves to do anything they could to make “Il Professore” and his family feel welcome, which also did not escape Irwin’s notice.

Once the Shainmans were settled in and the ship had set sail, we went to Brooklyn to visit Fran’s sister.  She made us chicken livers with onions (and bacon?) on toast.  And, mercifully, coffee.  (I don’t recall there having been madeleines, and probably wouldn’t have know what they were had there been any.)  There was a fair amount of discussion was about their brother Patsy (Pasquale), who was 2nd clarinet for the Boston Symphony Orchestra.

Fran decided that I should drive back.  Negotiating the Taconic’s “Wall of Terror” in the station wagon kept us awake for that segment.  I don’t remember what we talked about, but I remember opening the windows frequently to get some “fresh” (cold) air — it had been a long day.  We arrived back at Brooks House in time for the end of the NBC news, which in those days used the opening of the second movement of Beethoven’s Ninth as the exit theme.  A fitting close to the adventure, since it was Beethoven’s 200th birthday.  Episodic memory is an interesting phenomenon, and I am really good at placing events in time, but this coincidence makes this one easy.  I can think of other significant “moments” while I was at Williams, but can’t pin them down as exactly as this one.

But this was just one moment, albeit an extended one.  Fran is probably the person most responsible for keeping me sane during my years at Williams (although there are those who might argue about how successful he was).  Sitting in his office in Chapin listening to him struggle with various etudes was somehow relaxing for me.  Visits to the Captain’s Cabin for sombreros (once I looked old enough) gave us a chance to help each other unwind.

Fast forward 25 years or so.  I’d occasionally visit campus on fall weekends, usually for events related to fund raising, and would “happen” to drop by Chapin on Friday afternoon while the band was rehearsing for the following day’s half time show.  “John!” he’d say,  “Great to see you!”  Eventually, he’d ask if I would be going to the game the next day, and when I’d say that I was, he’d lower his voice, and in a conspiratorial manner, hand me a complimentary ticket, saying “Here, you shouldn’t have to pay to get in.”  This was a great savings, given the cost of admission in those days.  I still have some of those tickets.  Great gifts come in small packages.  Fran gave me many.

We’re collecting personal statements for our 50th Reunion Book at the web site of our publisher, Meno Books.

The blast email you received soliciting your personal statement has a yellow tab that will take you to your page.

If you don’t have that email, the “Samples” page will tell you how you can get there.  And even if you do have it, you might want to read some samples anyway.  Your entry can be about 600 words long, and you can submit three photos, with captions.

See if this link to doctor webinar works.

Here is one random collection of photos arranged as “basic thumbnails.”  Hold your mouse over the individual pictures in each display to see their titles.

Captioning experiment, arranged as “basic slide show.”  Hold your mouse over the individual pictures in each display to see their titles (sometimes) and pause the show. Clicking on a picture embiggens it. 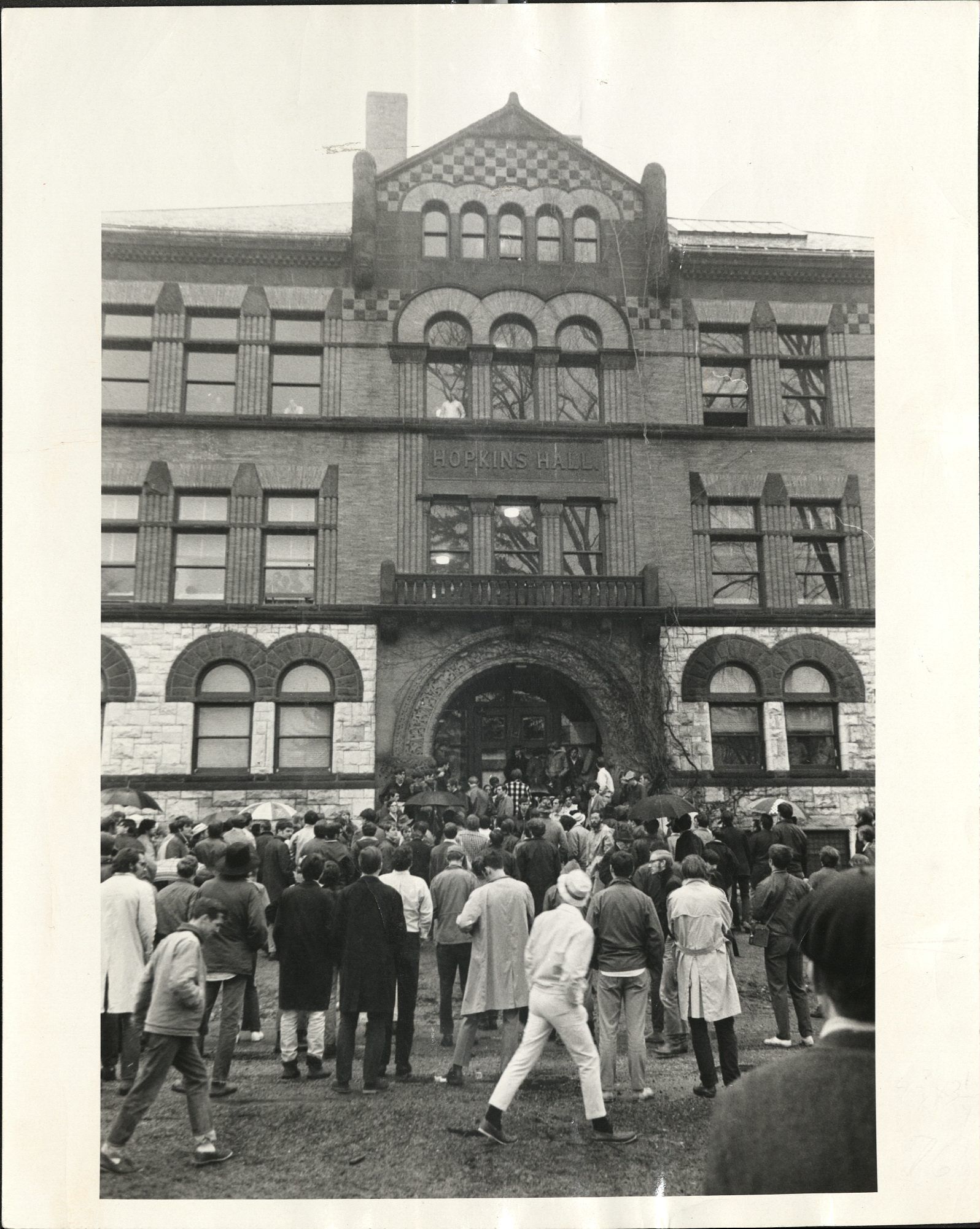 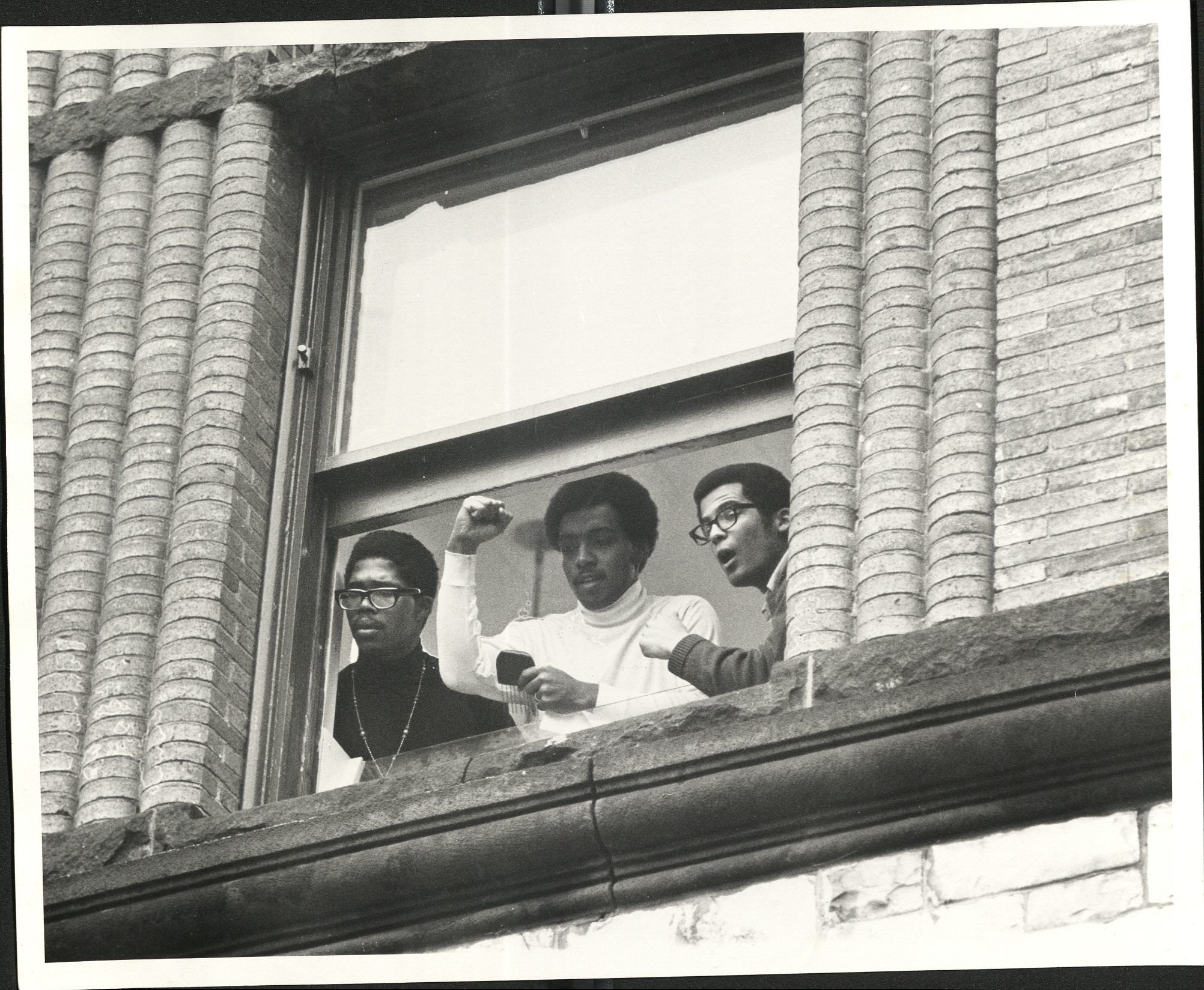 Here’s the first gallery again, displayed as “basic tag cloud.”  I have no idea what’s going on here.

[Show slideshow]
Here are some pictures from our 45th Reunion Parade:

This opens a pdf of Wayne Morse’s speech:

Fred Rudolph was, in many ways, an exemplar of the best…

This opens John’s tribute in a new page:

Fred Rudolph was, in many ways, an exemplar of the best…