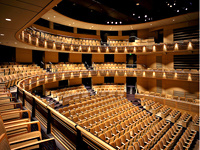 A lively and provocative roundtable discussion on Free Speech and Intolerance with Negin Farsad, Alicia Garza, and Reza Aslan, moderated by Jamelle Bouie.

NEGIN FARSAD is at the forefront of social justice comedy—a field that she insists totally exists (or should). A TED Senior Fellow, author of How to Make White People Laugh, and as one of few Iranian-American Muslim female comedian/filmmakers, Farsad uses humor—full-scale ridiculousity—to bridge the racial, religious, social, and immigrant gap. The Wall Street Journal calls her work “smart, funny, and fascinating.”

REZA ASLAN addresses topics of Islam, the Middle East, and Muslim Americans with authority, wit, and infectious optimism. He is the author of the brand-new bestseller God: A Human History, and Zealot: The Life and Times of Jesus of Nazareth—a momentous work of popular scholarship that rocketed to #1 on the NYT bestseller list. He also served as host of CNN’s series on world religions, Believer.

ALICIA GARZA is an internationally recognized organizer, writer, and public speaker. In 2018, Garza founded the Black Futures Lab: the Lab invites Black people to experiment with new ways to build independent, progressive Black political power. Garza dreams of a future where all Black communities have what they need to live well. As the Strategy & Partnerships Director for the National Domestic Workers Alliance, Alicia Garza works to build a movement at the intersections of race, gender, and economic justice. With Opal Tometi and Patrisse Cullors, Alicia Garza created #BlackLivesMatter and the Black Lives Matter Global Network, a global organizing project to end state violence and oppression against Black people. The Black Lives Matter Global Network now has 40 chapters in 4 countries.

JAMELLE BOUIE, Slate’s chief political correspondent, reports from the front lines of the nation’s most significant news events, from civil unrest to political partisanship, and has emerged as a leading voice on U.S. politics, public policy, elections and race. In 2015, As a political analyst for CBS News, Bouie regularly contributes to the weekly roundtable discussion on Face The Nation, and his writing has appeared in The Atlantic, The Washington Post, The New York Times, TIME and The New Yorker.

Sponsored by the Class of ’71 Public Affairs Forum and the Lecture Committee.